Automation is one of the keys to increasing productivity and reducing production costs. Technological advances such as relays, PLCs, and Industrial PCs (IPCs) are driving industrial automation, which is changing the way machines and people interact. This article will discuss secondary control system hardware widely used in industrial automation, PLC and industrial PC. We will also discuss which type of dual control system might be most appropriate depending on the needs of your application.

What is a PLC?

Programmable logic controllers (PLCs) are widely used to automate processes in manufacturing plants. Back in the 1970s, PLCs were a game changer in automation systems. PLCs are designed to replace electrical panels and junction boxes. Over time, PLCs have been upgraded to more robust designs, scalable functionality, and programmable systems. In addition, the programming language for PLCs (called ladder logic) allows flexible customization of PLCs for machine automation. This reliability and versatility make PLCs a popular choice for replacing older relays and junction boxes.

What is an industrial computer?

In process of exponential development of semiconductor microcircuits there was also development of personal computers (PC). As computer chips become more powerful, smaller and cheaper, industrial computers are gaining ground in the automation industry. Industrial PCs can provide PLC supervisory control but with more workloads such as HMIs, gateways, AI applications, etc. Industrial PCs can consolidate these workloads with performance accelerators like GPUs, TPUs, VPUs , NVMe SSDs, and more. The ability to consolidate workloads reduces their hardware space in the factory. Conventional and industrial computers have very similar basic components such as CPU, RAM, SSD, and GPU. However, industrial PCs are built and designed to withstand extreme environmental conditions, from extreme temperatures to shock and vibration. Ordinary PCs break down very quickly when exposed to harsh environments. Some of the design and construction materials that make Industrial PCs extremely durable are fanless designs, one-piece cases, and industrial-grade materials. In addition, industrial computers are widely used. They not only support the latest technology, but also support traditional technologies commonly used in factory automation, such as serial ports, COM, M12 connectors, DIO, GPIO, etc., leading to the rapid growth of industrial PCs in factory automation. 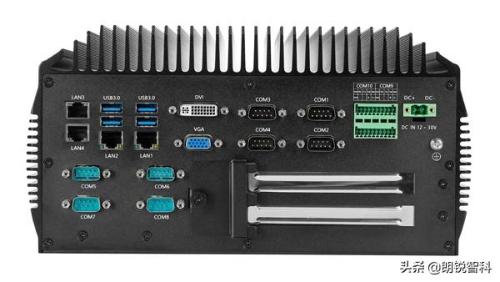 What is the difference between an industrial computer and a PLC?

PLCs come with a real-time operating system that constantly monitors input from connected devices and then executes decision-making commands according to its program. In addition, the operating system (OS) of the PLC is specifically designed to perform control tasks. Thus, PLCs generally do not require anti-virus programs or registry cleaners, which increases processing performance during operation.

Industrial PCs can perform the same tasks as a PLC, but their operating systems allow them to run various applications and programs that a PLC cannot. With these capabilities, IPC is used for more than just management purposes. Industrial PCs can consolidate workloads, reducing the burden on hardware. However, IPC operating systems such as Windows and Linux are vulnerable to cyber attacks, but existing antivirus software and firewalls are advanced enough to mitigate this risk.

The next difference between an Industrial PC and a PLC is how programs are developed and run. PLCs typically implement scan-based program execution, while industrial PCs are typically event-driven software. For example, PLC software logic is specified in the IEC 61131-2 standard, such as ladder logic or other vendor-specific languages. In contrast, industrial PCs run on well-known Windows or Linux operating systems using programming languages ​​such as C/C++/.NET. Consequently, industrial PCs are easier to program due to their popularity among developers. They also allow the system to communicate with many more machines and devices than ladder logic, which requires special training to learn, thanks to general-purpose programming languages ​​such as C++.

Safety is one of the disadvantages of factory automation, and if not taken seriously, companies have a lot to lose. Industrial systems must take into account two basic safety principles. First, block attacks from unauthorized external access. Secondly, the user's access is limited in accordance with his rights or assignments. In the past, PLCs were known to be immune to malware attacks. However, some attackers have started developing PLC malware, as happened with Stuxnet when their Siemens PLCs were compromised. However, industrial PCs are also vulnerable to malware and require comprehensive protection with antivirus software or hardware modules. Some industrial computers use a TPM (Trusted Platform Module) 2.0 built into the motherboard to encrypt data.

In terms of build quality, PLCs and industrial PCs go well together. Industrial PCs, however, benefit from their compact size. PLCs are often bulky and have limited installation options. Some PLCs can also overheat during installation due to poor heat dissipation. Industrial PCs, by comparison, are relatively small and come with a variety of mounting options, including VESA mount, rack mount, and DIN rail options. In addition, some industrial PCs are equipped with an ignition control system and can be used in vehicles.

Both PLCs and industrial PCs must control various devices for control, monitoring and communication. Therefore, PLCs and industrial PCs are equipped with multiple COM ports and other I/O functions, including traditional technologies. Some common industrial communication protocols are CANbus, Modbus, Profibus, EtherCAT and EhterNET/IP. These technologies are already built into most PLCs, although both can support them. On the other hand, industrial PCs have built-in expansion slots to increase their versatility. Therefore, industrial PCs have a higher threshold for the number of I/O operations they can process. In addition, industrial PCs are equipped with various COM, LAN, USB and HDMI ports. These features allow Industrial PCs to consolidate workloads from disparate equipment, not just PLCs. For example, an industrial PC can run an HMI application on its own, while a PLC requires a separate HMI application to display something on a display panel. What makes industrial PCs even more special is their ability to support countless expansions from wireless network cards, 5G modules, SSD drives to GPU accelerators.

PLCs are powerful controllers for automating control because their microprocessors are designed to perform specific functions. PLCs can easily handle high speed I/O and small automation applications. However, automation projects are becoming more advanced and require more computing resources. This is where industrial PCs come to the rescue. Industrial PCs use more storage space and full-fledged processors, such as workstation computers, that can run compute-intensive and storage-intensive applications. In addition, with performance accelerators such as GPUs, TPUs, CPUs, and VPUs, industrial computers can perform intelligent calculations as if they were on an intelligent assembly line in collaboration with machine vision applications.

In short, comparing the cost of a PLC and an IPC shows that a PLC is cheaper for smaller applications, while an IPC has a higher initial cost. However, as applications become more complex and require more computing resources, the total cost of a PLC can exceed that of an industrial PC. Although the initial cost of a PLC is lower, when additional processing power or peripherals are required, the price increases exponentially. In contrast, Industrial PCs have higher upfront costs, but are much cheaper when processing power upgrades and scalability are required.

How to choose an industrial PC and PLC

When you choose a programmable controller for your industrial automation system, both PLCs and industrial PCs should have their place. PLCs are more suitable for running small automation systems with strict functions. In addition, PLCs are reliable, economical and highly reliable for industrial deployments. On the other hand, industrial PCs are well suited for solutions with high demands on computing resources and storage. For complex applications that require controller versatility, the total cost of ownership (TCO) of an industrial PC is low. PLCs are secure because they don't have wireless connections, industrial PCs are just as secure thanks to state-of-the-art cybersecurity software, and standard hardware is very reliable. Some applications may use both PLCs and industrial PCs to balance costs and benefits with each other. In the end, it depends on what features are implemented in your production process. 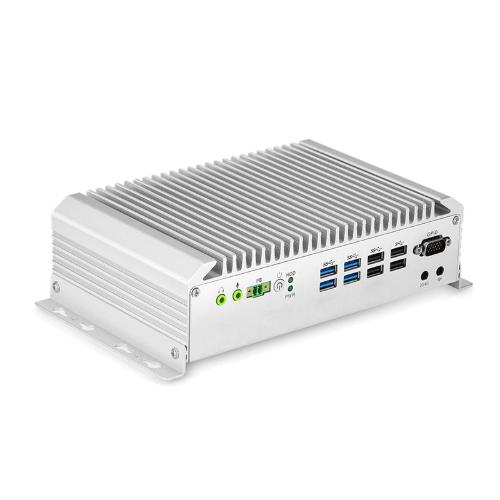 Industrial computers, as the name suggests, are computers used for industrial activities such as automation, manufacturing (production of goods), and autonomous robotics. Industrial PCs are often the first choice for industrial wo... 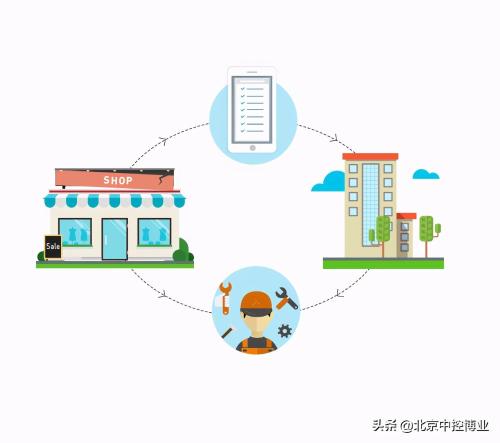 Planning and monitoring the implementation of a community smart access control project 1. Smart Community Access Control Project Timeline According to the needs of users of the intelligent community access control installation pr... 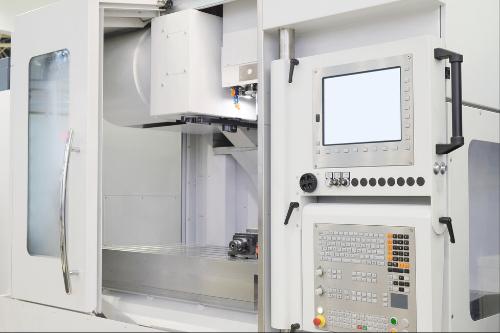 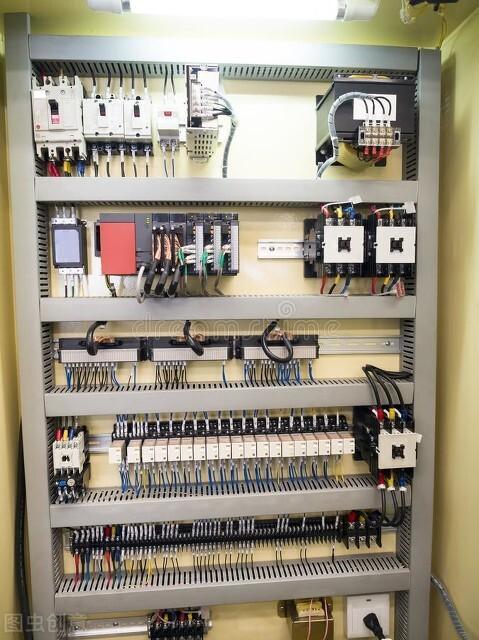 What is a PLC?

We often hear the word PLC in everyday life, especially in the manufacturing industry. We can also know that a PLC can be like a controller or a computer, so what is a PLC? The full English name of the PLC is Programmable Logic C...

What are the classifications of IoT devices and what are the challenges in their future development?

IoT devices are devices that can be connected to a network wirelessly and have data transfer capabilities. The Internet of Things extends the traditional connection of Internet devices to communication between physical devices and... 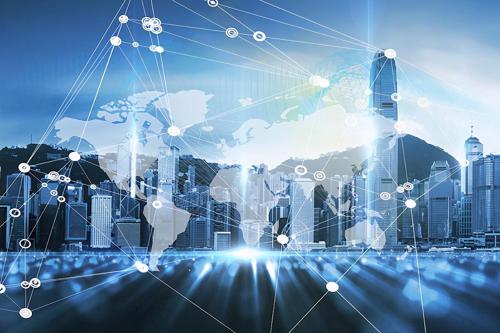 Why is the Internet of Things important and where is it implemented? 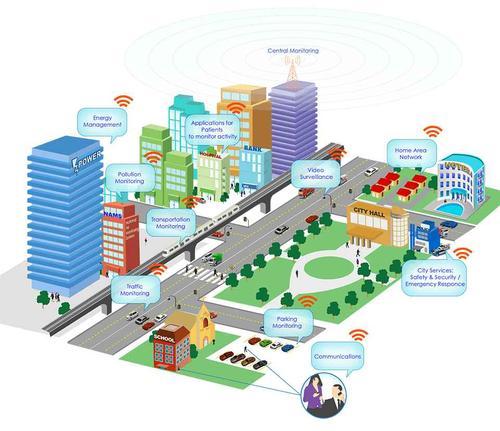